Find here all the Vehicles of the Community. For more vehicles you can go on Trackmania Carpark: http://www.trackmania-carpark.com

I have a little problem,
I have downloaded skin for vehicles, and i see the car just fine.
The problem is that other players dont see my car.

Why is that?
And i know it work, since i seen other cars like ferrari etc.

EDIT: i have looked around for abit, and it seems to me that you have to use tmuf to other players to see your car.

Now my other question, if i buy tmuf can i still play on tmnf track/servers? if you know what i mean?

VikingNor wrote: Now my other question, if i buy tmuf can i still play on tmnf track/servers? if you know what i mean?

There's no "seems" to it, it's just a fact. Only TM United (Forever) sends it's player cars and custom content to ALL other game players (if the players actually set their ports/firewalls right of course!).

So TM United is all of those various versions...in one box. It can/will play them all.
http://www.worldcommunitygrid.org/

well, that's funky. i downloaded a 2D skin from trackmania-carpark.com and someone told me that I had a nice car. Well, I don't think that they would have said something like that about a stadium car (I use TMNF) so I always thought people could see your downloaded 2D skins.
In case you wanted to know, I downloaded this one 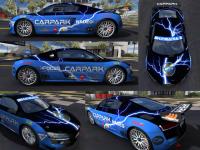 the Bottom line is this, and any one in TMUF or TMNF can tell you the same thing over and again.

Only those users who have paid for United send car models, no one in nations will see your car, if you have nations, no one will see your car. IF your in Nations, and you see a United user you will see his/her car, if you are palying nations and using a non-standard car, every one wil either see you driving your nations car (i.e. Brazil, China, Spain, UK, ect ect...) or a flat gray car. If you are still DLing a Untied users car, it to will apear as a base gray car, till its finished.

so if i already downloaded some cars off carpark and i havent gotten TMUF yet, do i have to pay for the cars later?
I'm on the web! http://www.thepeople.findtalk.net